Why Monitor Your Campus? 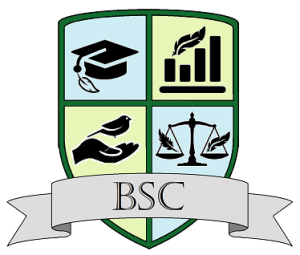 Good data provides solid evidence for effective advocacy. The data collected through comprehensive monitoring programs can be invaluable for documenting the scale of the issue at the campus level, as well as effectively prioritizing treatment areas.

Monitoring programs are also a great way to involve and educate students and other groups about the bird-building issue. Students interested in pursuing careers in the biological sciences will gain valuable skills such as fieldwork and data entry experience, as well as honing or developing bird identification skills.

Prioritizing the rescue and rehabilitation of injured birds that have collided with windows is also an important ethical goal and a key facet of FLAP Canada’s mission.

This section discusses the steps and considerations involved with starting a formal monitoring program on campus.

Not ready to dive into formal monitoring? There are other ways to help! Get together a group and participate in FLAP’s Global Bird Rescue event during the first week of October each year.

Throughout the year, document any window-collision victims you come across on FLAP’s Global Bird Collision Mapper. Keep rescue supplies in your backpack to safely contain and transport an injured bird to a wildlife rehabilitation facility.

Seven Steps for Starting a Monitoring Program on Campus

The first step to starting a monitoring program is deciding on one or more objectives of the monitoring. Do you want to estimate how many birds are killed on your campus each year? Or which of the subset of potentially dangerous buildings or façades should be prioritized for immediate treatment? Will bird-rescue and rehabilitation also be a key goal of your monitoring?

By explicitly defining clear, quantifiable objectives, you can ensure a suitable study design and data collection approaches that meet your objectives.

The essence of monitoring is simple. Walk around the perimeter of a structure and look for evidence of collisions. This could be a dead or injured bird; a pile of feathers; a powdered imprint, feathers or bodily fluids on the glass; or witnessing a collision yourself.

The exact protocol you use will depend on your objectives, but keep the following best practices in mind when developing your protocol:

Full-year sampling (both spring and fall migration seasons) is most useful as risk factors and problem locations may change depending on the season. FLAP Canada conducts collision monitoring in the Toronto area from late March to early June in the spring, and late August to early November in the fall. Because species migrate at different times, it is difficult to pick a significantly shorter “peak migration” time that accurately accounts for the majority of species passing through your campus. Consider exploring bar charts of sighting data on eBird to identify peak songbird migration times in your area.

In deciding on the time of day surveys should take place, consider the objectives of your monitoring. FLAP Canada has found that early morning surveys are the most useful for being able to rescue collision victims.  Other studies have suggested that because most collisions occur during the daytime, afternoon surveys will detect more carcasses if they are present.  Surveying multiple times a day will increase the likelihood of being able to find and rescue live birds.

TEMPLATE: York University in Toronto has customized a survey protocol (modified from Hager and Cosentino, 2014), combining the goals of bird rescue and rehabilitation and identifying the buildings in most urgent need of treatment. Download and modify this template to suit your needs.

TEMPLATE: Other useful templates, such as carcass ID tags and field sheets, can be downloaded here.

The locations you select will depend on your objectives for monitoring. If your objective is a representative estimate of bird mortality on campus, you will likely have to consider randomization in your study design so that your results are not biased towards a particular type of building.

If you are trying to identify which of several suspected problem buildings are in most immediate need of treatment, you will look for potentially hazardous buildings and features. Examples of hazardous architectural design features/settings:

A simple way to quickly identify dangerous buildings is through FLAP’s Building Risk Assessment App (the FLAP App). The FLAP App is an Android application that provides users with the means to assess the level of risk a building and its individual façades pose to birds.

TIP: Hawk decals or other makeshift bird deterrents are usually a sign that someone has recognized a bird collision issue at a particular location.

TIP: Maintenance or security staff may be able to tell you if and where dead or injured birds are found on campus.

Monitoring can be a lot of work, so depending on how large an area you are tackling, consider recruiting volunteers to help you. You can find volunteers by:

It helps if volunteers have had fieldwork experience and are moderately comfortable handling and identifying songbirds, but it’s not critical. Be sure to conduct a training session for your volunteers. Cover the monitoring protocol and procedures, data entry, health and safety precautions, and how to safely handle and rescue injured birds.

Note that student volunteers may be required to register for a non-credit course to ensure proper training and coverage in case of accident/injury while conducting surveys.

Be respectful of people inside the buildings you survey. Do not invade their privacy by looking inside office or classroom windows.

If you are coordinating a group of volunteers, open communication and your continued involvement throughout the survey period is critical to the success of the monitoring. You can ensure consistent data collection methods among volunteers, keep track of emerging health and safety issues on campus, and provide necessary ongoing support for your volunteers.

It’s worth noting that you may occasionally get some odd looks during your surveys. People will be curious about what you’re looking for and will sometimes ask. Use this as an opportunity to educate them on this important issue and encourage them to keep a lookout for dead or injured birds as well.

TIP: Bring along information sheets to hand out when people ask about the monitoring.

Keep meticulous records of any bird casualties that you discover during your monitoring. At a minimum, include date, time, species, status (i.e. injured or dead), and which side of which building it was found at. Keep your notes as legible and self explanatory as possible.

If you have used hard copy datasheets in the field, it’s recommended you transcribe this data into a communally available form such as a Google Docs file accessible by those involved in the survey. Back up all photos and scanned datasheets on a service such as Dropbox.

You are also encouraged to add your records to FLAP’s Global Bird Collision Mapper. The Mapper is useful as a repository for your records for multiple reasons. First, it allows a great visual overview of collision hotspots on your campus, since you choose the exact location on a building a bird was found. Second, the data is publicly available so anyone can view and access your data.

TIP: If you would like to set up a group to communally report your monitoring data on the Mapper, contact mapper@flap.org.