Our woodlots have become a little quieter as the hordes of migratory birds have moved south. The occasional straggler remains, but it’s obvious that the fall 2019 migration season is coming to a close.

This fall, FLAP Canada hosted the second annual Global Bird Rescue. During the first week of October, 52 groups from around the world searched for and rescued fallen birds that had collided with glass during their migration. Participants reported an astounding 1387 birds on the Global Bird Collision Mapper, 293 of which were found alive.

It is because of your dedicated efforts that the stunned and injured birds rescued during the event had a second chance at continuing their migratory journeys. A thrush, a warbler, and a kinglet, rescued at opposite ends of the world, were among the lucky ones.

A Townsend’s Solitaire made an unintended stop in downtown Calgary during its migration. This sleek, slate-gray thrush likely spent the summer in the coniferous forests of British Columbia or the Yukon and was on its way to wintering grounds in the United States. Unfortunately, like countless other birds, it was fooled by the optical illusions created by glass and collided with a window, finding itself stunned and grounded on the hard pavement of Calgary’s downtown streets.

Luckily, the Calgary Migratory Species Response Team found the Solitaire during Global Bird Rescue. To make sure the bird had not suffered any serious injuries, they took it to the Calgary Wildlife Rehabilitation Society for medical assessment. Once the bird was given a clean bill of health, its next stop was a quiet natural area for release.

The Solitaire had recovered well from the shock of its ordeal and was eager to get away from its well-meaning captors. With lightning speed, it practically exploded out of its carrier. After landing wide-eyed on the leaf litter and looking around to get its bearings, it quickly discovered some nearby fruiting shrubs. The bird proceeded to gorge itself on the abundant berries, evidently content to be out in the wild once more.

Almost 3000 kilometers away in Toronto, an Ovenbird had a similarly unfortunate encounter with a glass window. During Global Bird Rescue, a FLAP volunteer found the bird crouched low in the cold, damp soil of a window box, quietly trying to hide under the broad, green leaves of a plant. Once safely contained, the Ovenbird was promptly brought to the Toronto Wildlife Centre for medical assessment and treatment.

Upon examination, the medical team found that the small bird had sustained numerous injuries from the impact of the collision, including ulcers in both eyes, bruising, and subcutaneous emphysema (the accumulation of pockets of air under the skin). On top of these conditions, they also noticed that the poor bird was suffering from a mild case of avian pox!

The Ovenbird has been receiving expert medical care both for its collision-related injuries and the small growths on its feet from the pox infection and is making a stellar recovery. However, the bird was not quite strong enough in time to join the last of the straggling Ovenbirds on the 4000-kilometer journey to its wintering grounds in southern Mexico and Central America. This Ovenbird will instead spend the winter safe and well-fed at Toronto Wildlife Centre with other migratory songbirds that are still recovering from various injuries. Next spring, it will have a head start on the breeding season ahead.

Across the Atlantic Ocean, a Common Firecrest was migrating through northern Italy, looking for a suitable place to spend the winter. The Firecrest is a tiny feathered ball of energy, weighing about as much as a loonie, and is a close cousin of North America’s Golden-crowned Kinglet. Like other birds, the Firecrest is not able to distinguish reflected habitat or sky in windows from the real thing. As it was passing through Padua, it crashed into a window, falling to the ground on a city street.

Flavia found the stunned and vulnerable bird during Global Bird Rescue and took the Fiorrancino to a safe place to rest and recover. Thankfully, after two hours of quiet rest, the diminutive bird was ready to go and flew away. Over the winter, it will likely join loose flocks of other small birds in search of arthropods to feast on, perhaps even staying in the Padua-area until it is time to head north again next spring.

These are only three of the many lives saved during the event. We’d love to hear about others! Share your success story with FLAP Canada on Twitter or Facebook with the hashtag #GlobalBirdRescue 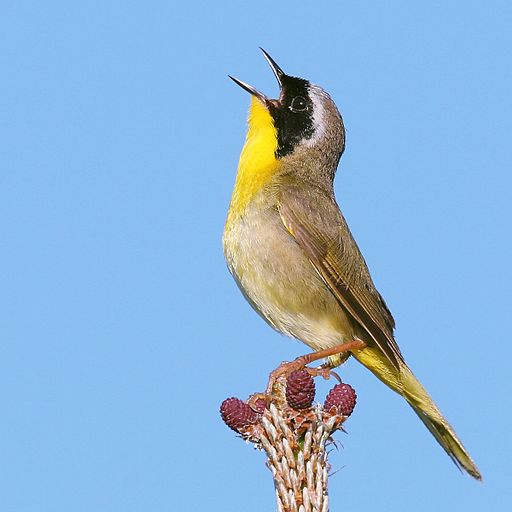